27 - Giggle Horse has some fun 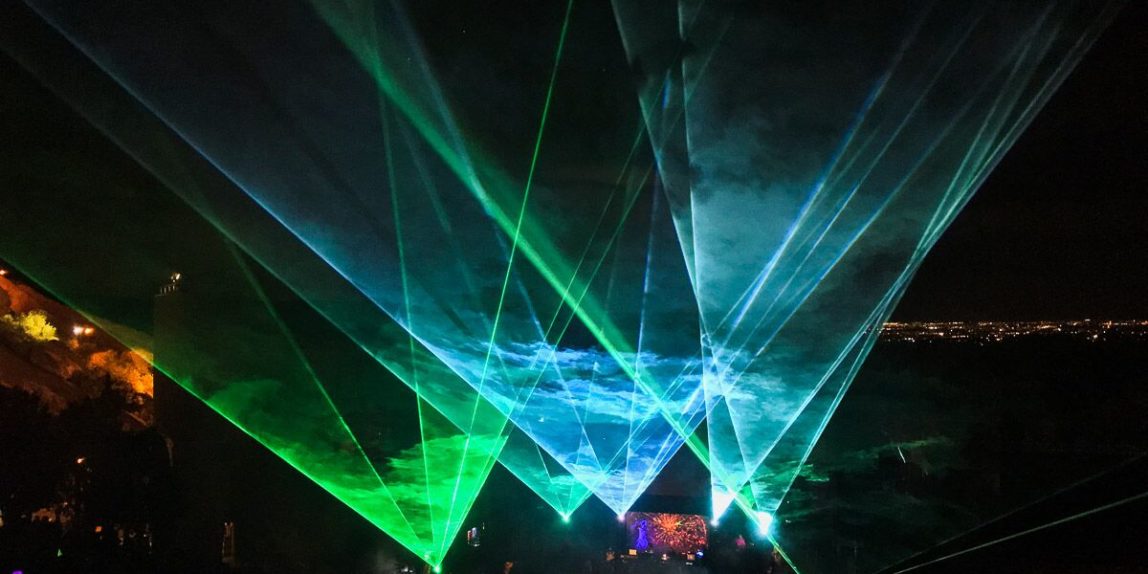 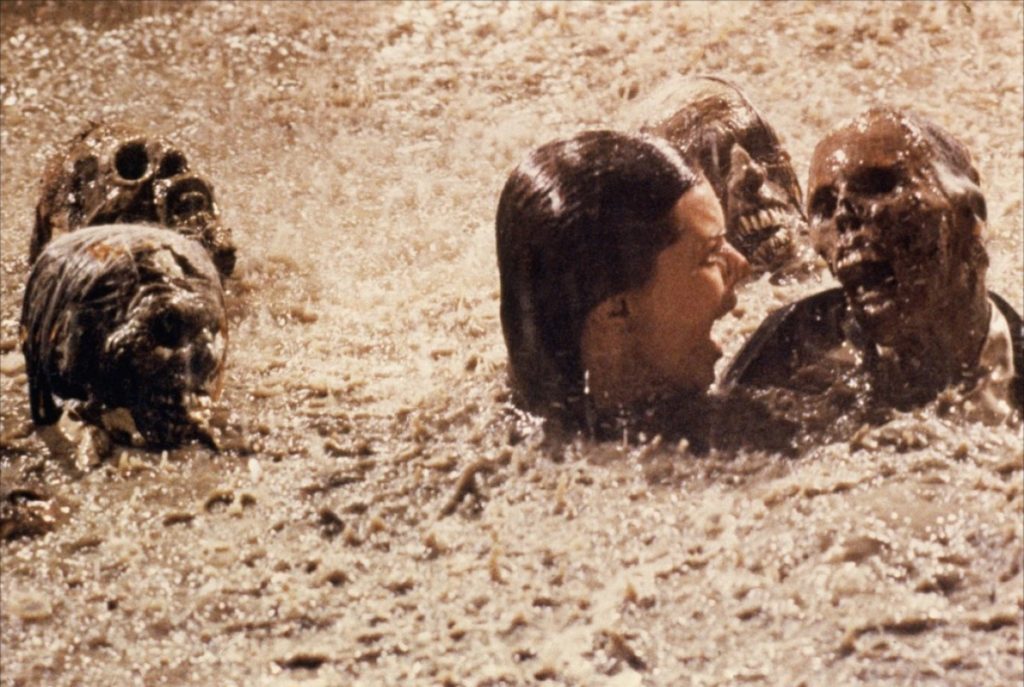 1024×687
Giggle Horse members rise up for a software meeting
It’s been a while, that is for sure, since I've posted directly, but I'm are alive and kicking. It’s just been one of those months where every single thing you can think of aligns to happen all at once. I’ll make it up to you though. I've been coding like crazy on Absolute Zero and things are coming along nicely. A few months we got to have a bit of fun and I've finally gotten around to the post. 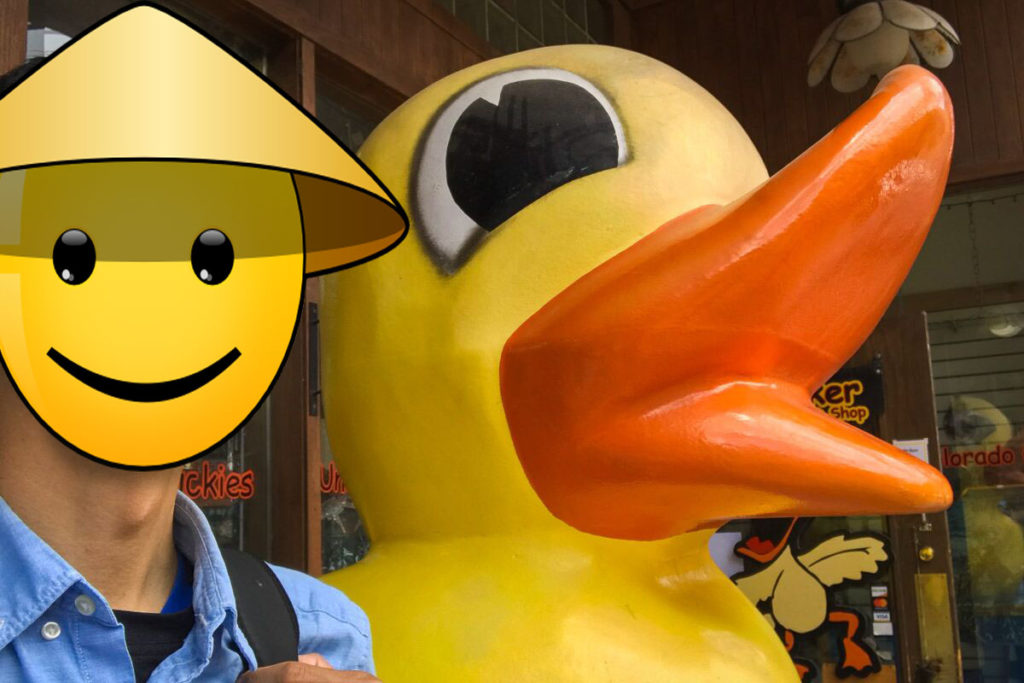 1024×683
Wang Chung and side kick Quacker
So a friend of ours that works in Hollywood, Wayne, came to stay with us and explore the various tourist sites we have here in Colorado. It has been the most active, non-stop, week I can remember! We really needed a change from the everyday grind of technology. So here is a super brief overview of all the crap we did. 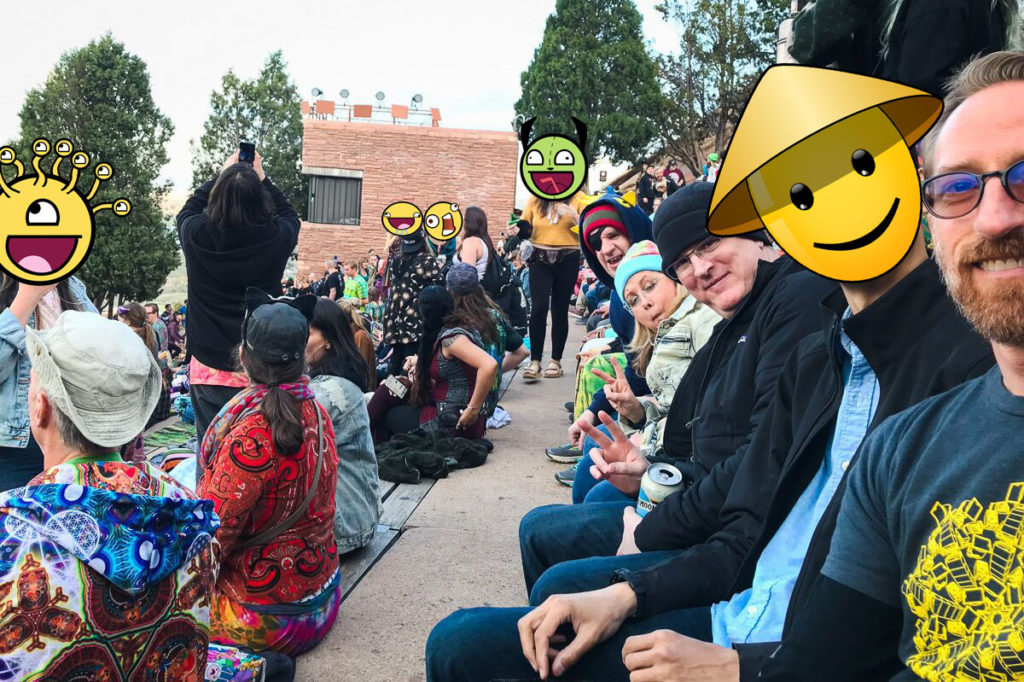 1024×682
(Front to Back) Ben, Wayne, Dave, Cathy, Randy
To start things off, we went to Red Rocks Amphitheater to watch the very last concert of the techno group Shpongle. It was super happy crazy dumb fun, and I’m sad to see them stop performing. It was pretty loud too, so people that were constipated ended up leaving the show with diarrhea from the intense organ liquefying bass 😀 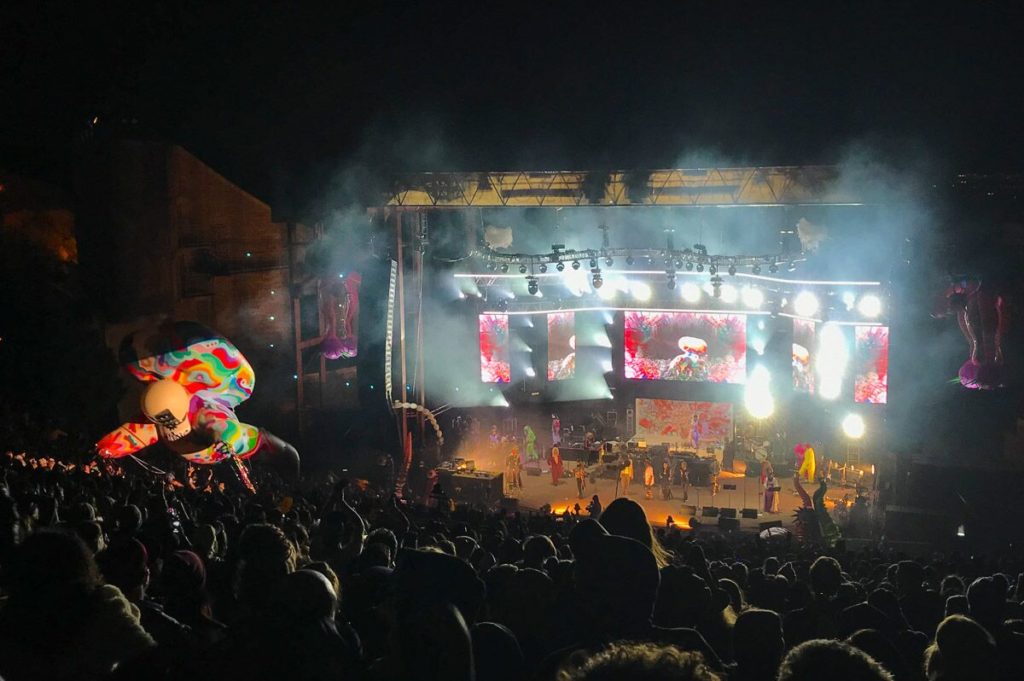 1024×681
A Shpongle!
All that fuzzy stuff in the photo above; yeah, that was all, eh, steam from the audience. You know, cause they were so hot and sweaty from all the clothes and stuff they were wearing to endure the 30 degree temperature.

Dave had a Birthday 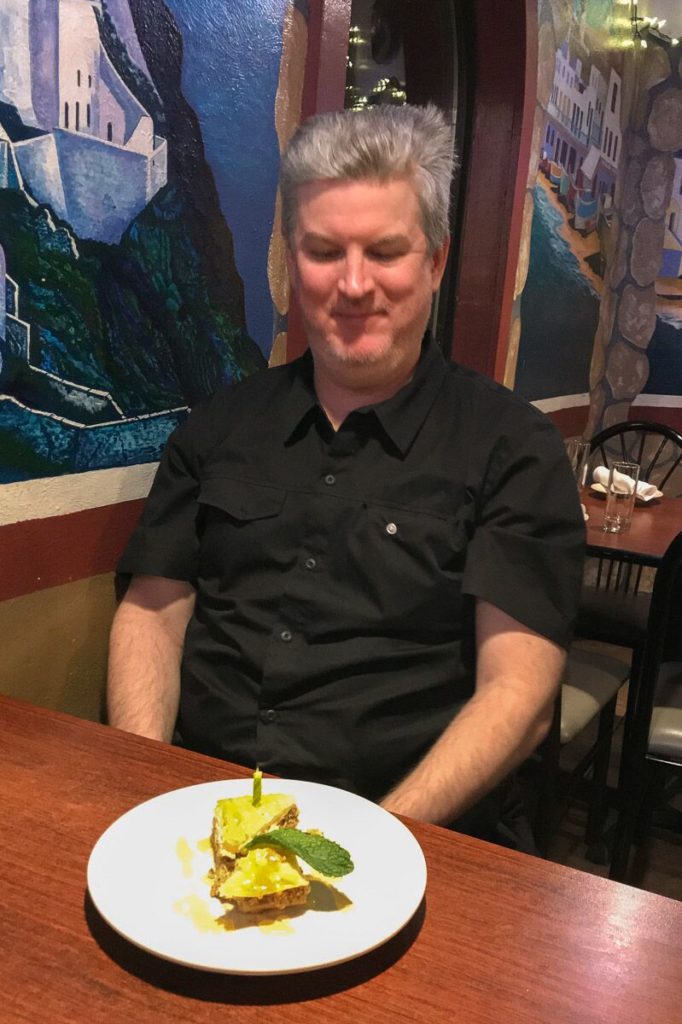 682×1024
Dave gets one year dumber
Yet again, Dave had a birthday even though we told him that he can’t have anymore. Here he is eating the Greek butt cake we ordered for him with extra sauce. He really loved it!

Cave of the Winds 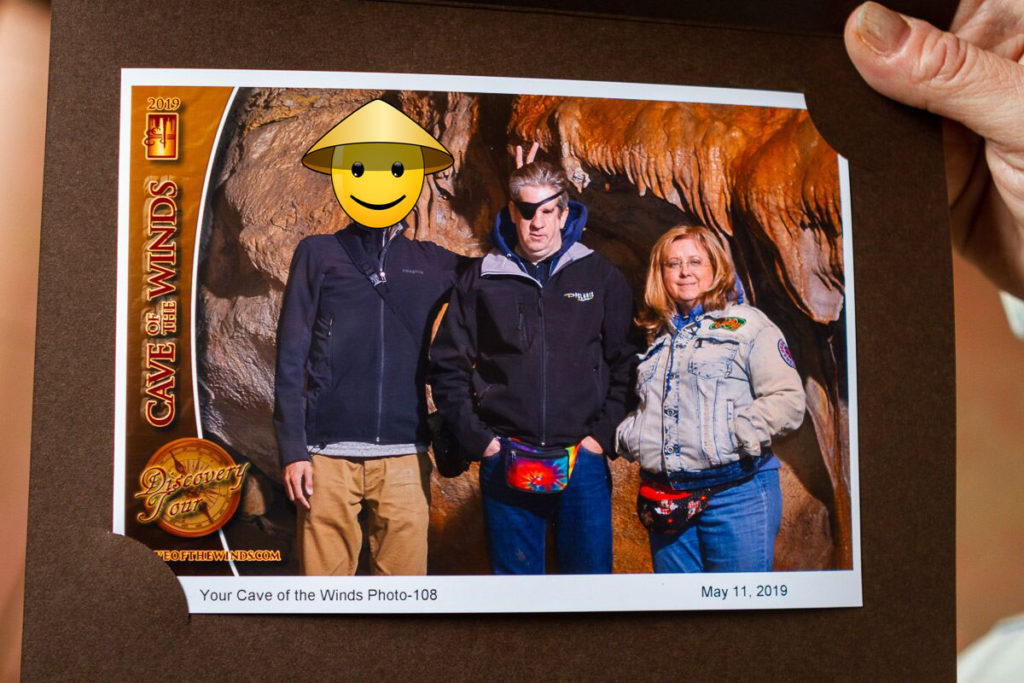 1024×683
15 bucks, eh…No.
Then Wayne drug us to Cave of the winds, which surprisingly I’d never been in before. As a kid my brother Tony and I would get into the tributaries of the cave, but I’ve never been in the main cave. So at the end they present you with this ink jet print and ask $15 bucks…Yeah, so we just took a pic of the pic. 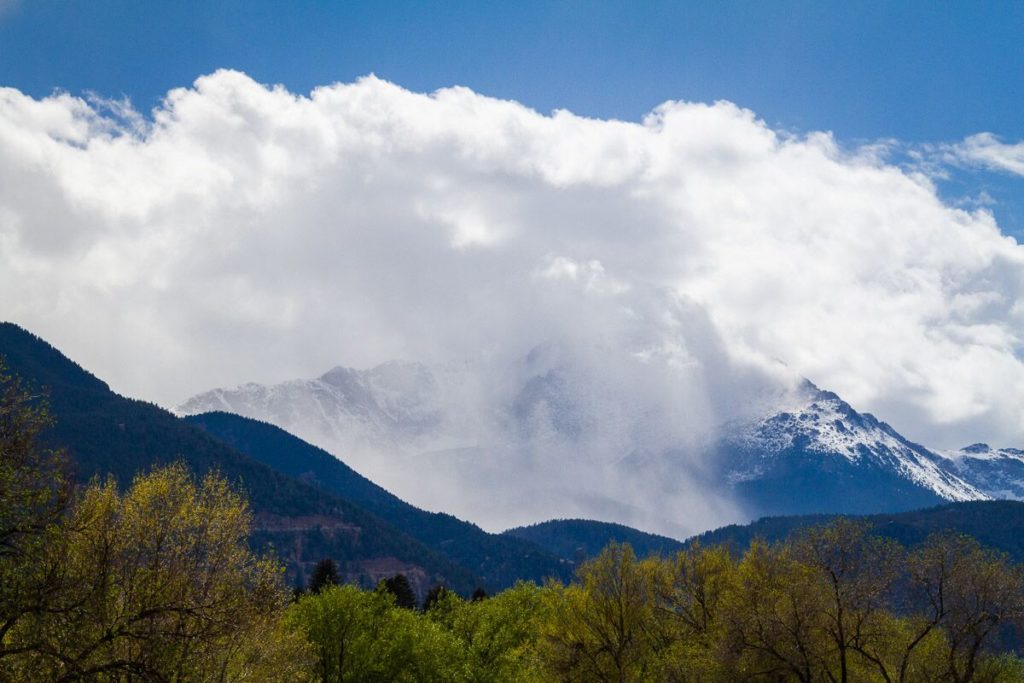 1024×683
Pikes Peak farting snow
It was a miracle that Wayne got to see anything. There was only about 3 days where Colorado Springs wasn’t totally locked in with clouds. This was one day where the Peak decided to appear. Stupid weather! It’s like the middle of May and still 40 degrees on most days. 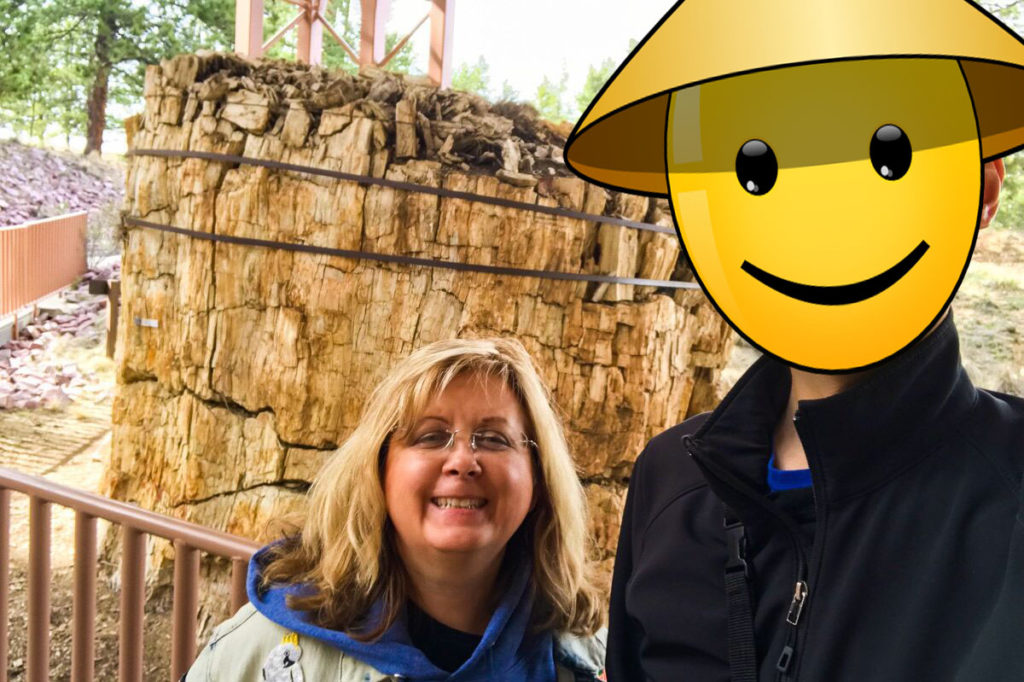 1024×682
Shopping for rocks
Wayne and Cathy heard that the fossil beds were having a sale, so they bought this petrified redwood stump and brought it home. It looks great in the office and we sometimes we use it for a door stop. 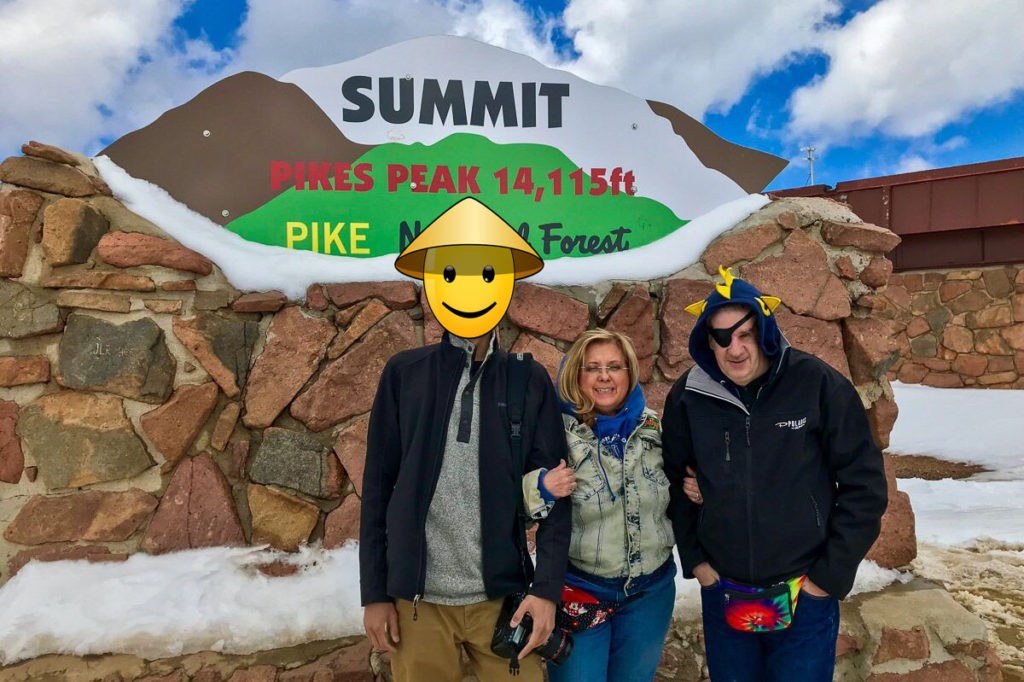 1024×682
We drove Wang Chung to the top of Pikes Peak on the newly paved road we didn’t know existed. I miss the days when it was all gravel and slippery. I guess they got tired of retrieving bodies and paved it. Now if you’ve lived in Colorado for a while, and have been to the top of the Peak countless times like me…..you’re probably asking yourself the same thing I did based on the sign. When did Pikes Peak grow 5 feet? 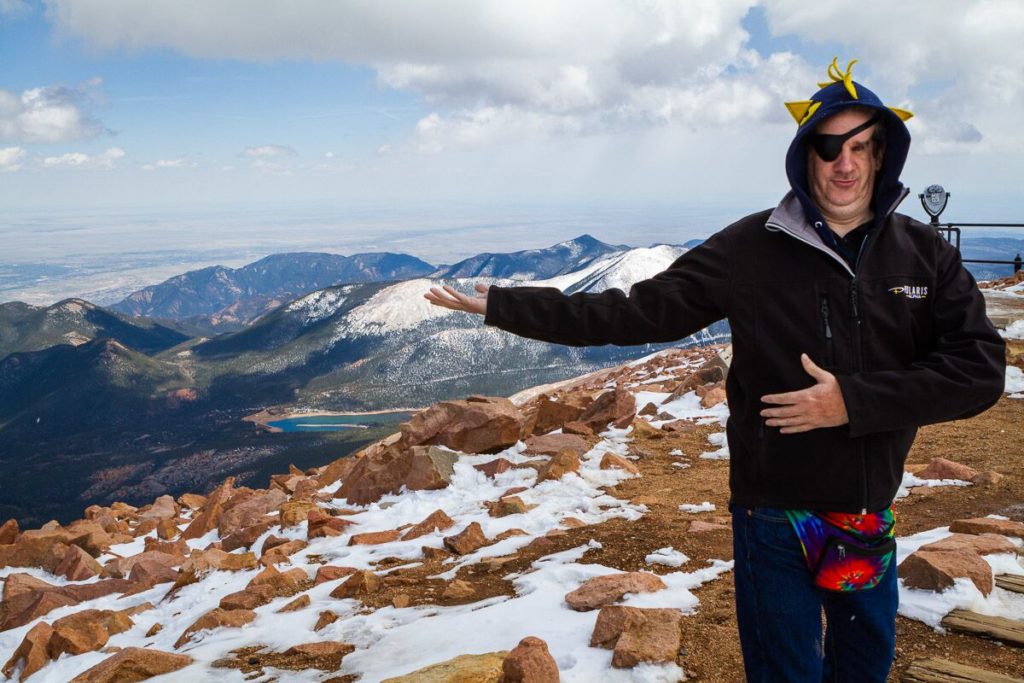 1024×683
I give you Westeros! Not.
Here I am standing on the top of the Veil showing you the rest of Westeros (aka Colorado Springs).

Randy Mates for Life, only to be dumped 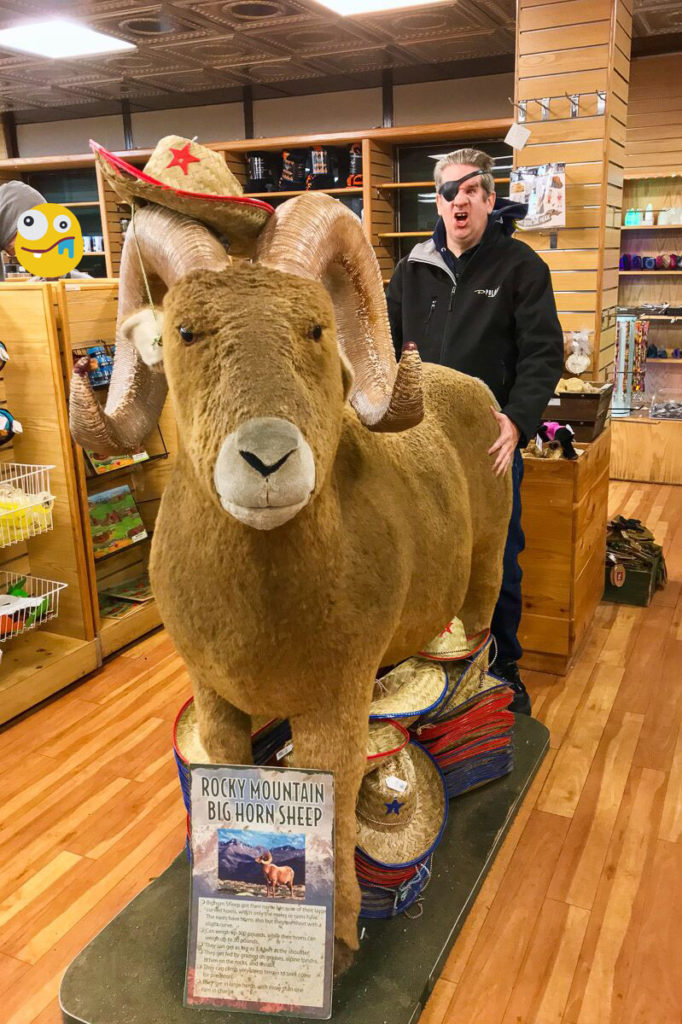 682×1024
Look how happy the Ram is!
I’ve heard many times that Rocky Mountain BigHorn sheep mate for life. So I tried this one out. She stopped returning my calls and I saw here with a mountain goat just the other day. I feel so dejected. 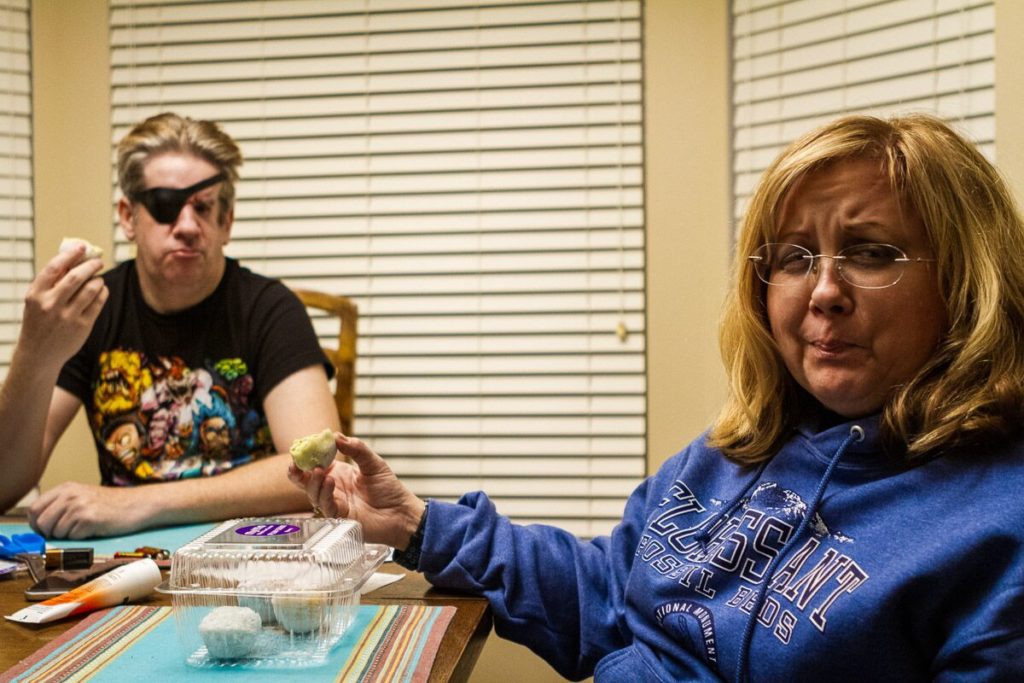 1024×683
Cathy and Randy taste Chinese Ice Cream Placenta
So while Wayne was here, we went to the supermarket where he bought us some Chinese ice cream balls wrapped in some sort of fish bladder goop. As you can tell, they were delicious! I now believe that Chinese people are so skinny because of food options they have to pick from. 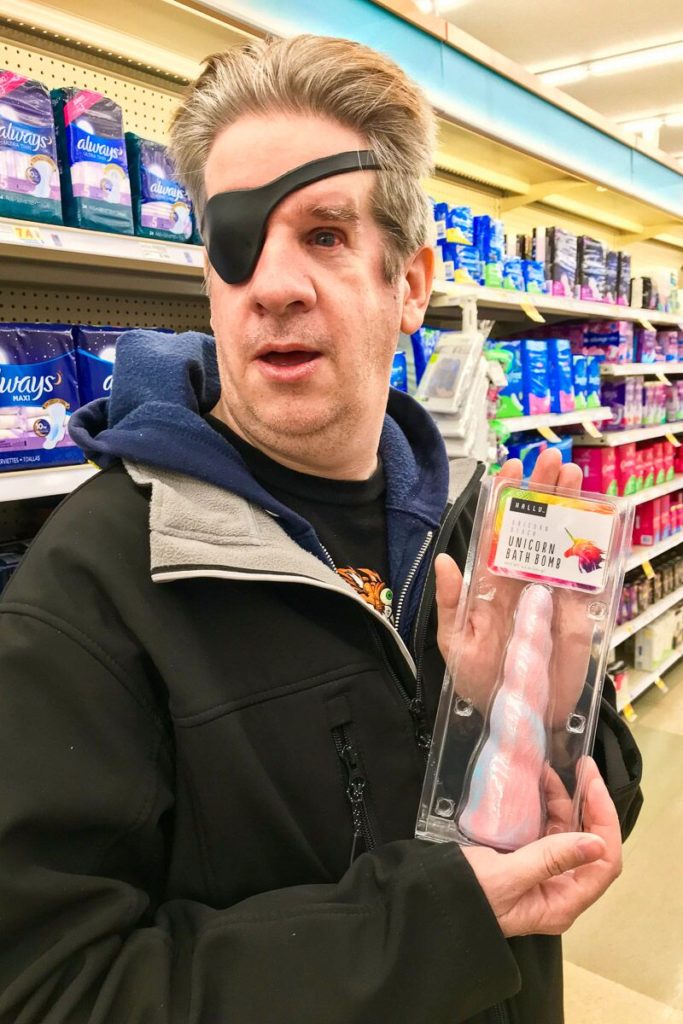 Well, that is about it. I need to get back to coding before Prodoucher Chris throws a hissy fit.

This was originally posted in the summer 2019. We are done with our mini vacation and in total development mode now

Things are coming along very nicely.